As gardeners, we have a deep interest in plants – even those we may not personally grow in our gardens or homes. As Master Gardeners, we have a deep interest in sustainable solutions and growing practices. I can’t explain where my deep curiosity about the intricacies of a nursery or greenhouse operation comes from. I have never worked in the horticulture industry but that is where my fascination lies. The chance to pull back the curtain on the inner workings of a greenhouse operation and the opportunity to listen to a grower or nursery owner describe her or his specific challenges is a window to understanding the consolidated efforts that go into bringing plants to the marketplace.

No matter where you go in our world today, the family-owned business is a common thread in the horticulture industry. Other common threads include labour challenges, seasonal demands that are tantamount to a race against time and that require extraordinarily long working hours, the commitment to producing superior plants and the need to constantly improve ways to effectively meet market demands. There is the tug and pull, too, that exists between the implementation of cutting-edge technology and continuing to do certain aspects of a growing operation the way they’ve always been done. What remains a constant is the ever-present challenge posed by weather.

When I was in Hawaii last August on a visit to nurseries that specialize in growing tropical flowers and foliage, there was a tropical storm brewing in the central Pacific that had the potential of moving towards the Big Island. Fortunately, nothing serious materialized but the first visit to a greenhouse operation specializing in palms and dracaenas, showed the massive preparations required in order to protect tens of thousands of potted tropicals. If a serious storm threatens, every single potted plant must be laid down by hand over a period of several days in order to minimize damage to foliage. Some varieties of potted palms are not tolerant of high wind. One of the most sought-after tropical palms, for example, is Cyrtostachys renda Red Sealing Wax Palm, also known as the Lipstick Palm. It relies on ideal conditions: high humidity, well-drained soil, adequate moisture and protection from wind.

Foliage nurseries in Hawaii grow vast numbers of plants for the rapidly growing global interiorscape industry. Very few growers own their land. Most of the growers lease their land and have long-term leases (50 years). A small family-owned business might lease anywhere from 10 to 20 acres which are used as stock fields. It is considered very affordable to lease land in Hawaii, however, should the land become inundated in the event of a volcanic eruption, the grower must continue to honor the terms of the lease even though the land is no longer usable. The stock fields of many nursery operations in Hawaii were casualties of the lava flow from the months-long eruption in 2018 of Hawaii’s Kilauea volcano.

When you or I purchase a 3- or 5-gallon tropical plant at a local garden centre, we may not be aware of the length of time involved in growing a plant of that size. At tropical nurseries where palms and dracaenas are grown in stock fields, workers utilize a practice known as topping which removes the growing tips of the field-grown plant stock in order to accelerate lush growth. It takes about three to four months before the multiple canes of each plant are ready to be harvested. Cuttings or canes are taken from the stock fields and piled high on carts. Workers wheel the carts into shade structures and plant the cuttings directly into pots.

There is a very quick turnaround time from cutting to planting which, according to the growers, allows plants to grow a much stronger, better root system. One grower told me that worldwide demand for tropical foliage plants — or what we often refer to as houseplants — is so high that growers harvest their fields as much as they can and “pretty much utilize every single cutting we take”.

It is common practice at many of the tropical foliage nurseries for the cuttings to be grown in pots on benches that are a minimum 18 inches above the ground. This practice helps to reduce contamination and is especially important for nurseries that ship their product across North America.

The pots that the cuttings go into contain an approximate 70/30 mix of lava cinder and imported Canadian sphagnum peat. The cinder is steam treated at very high temperatures to kill any pathogens. One of the known properties of lava rock cinder is its high porosity due to the large spaces between particles which promotes excellent drainage.
According to the College of Tropical Agriculture and Human Resources (CTAHR), University of Hawaii, there are several different types of volcanic ash soils on Maui: moderately weathered volcanic ash soil and highly weathered volcanic ash soil. The growers at Hilo say that the moderately weathered volcanic soil on Maui constitutes some of the best growing soil on Maui. That said, it has a low ability to hold nutrients. It is mixed with peat moss and fertility is increased via fertilizer amendments for a more nutrient-rich potting mix.

The ready availability of lava cinder makes it a perfect medium for many of the plants grown in Hawaii’s tropical and floriculture industry because of its ready availability. Volcanic cinder is not suitable for growing all plants, though, because of its extreme abrasiveness which can injure roots that are delicate. The addition of sphagnum or coir peat helps to mitigate this risk. In addition to porosity and longevity, cinder is also less likely to shrink or compact compared to peat. The two combine to create good water-holding capacity.

The potted tropicals – species such as Rhapis exelcis ‘Lady Palm’, familiar varieties of Dracaena such as ‘Gold Star’ and ‘Janet Craig’, Zamioculcas (the ZZ plant), palms such as the Kentia palm and exotic Cordyline fruticosa species known as Ti – remain in greenhouses with shade cloth for three to four months. Growth is rapid in the Big Island’s warm climate and humidity. Following this period, though, the plants are transplanted into larger pots and moved back outside for about a six-month period where full exposure to sunlight stimulates foliage growth. Finally, the grower brings the robust plants back into the greenhouse underneath the shade cloth where they develop deeper, richer colour. The length of growing time from a cutting to a 5-gallon finished plant that is about 5.5 feet tall is about 18 months.

To put this process into greater context, a small family-owned operation in Hilo ships 4,000 5-gallon pots weekly. What about smaller 4-inch or 6-inch tropicals that are so much more affordable for the consumer? The demand is there, certainly, however, many of the smaller operations say they simply don’t have the square footage to produce the volume required.

As an aside, the College of Tropical Agriculture and Human Resources, University of Hawaii at Manoa, has a Tropical Landscape and Human Interaction Lab (TLHIL) which is managed by Dr. Andy Kaufman, associate professor and landscape specialist. TLHIL studies the connection between indoor plants and people’s emotional, psychological and physiological responses. The Lab also focuses on the role of natural plants in the classroom. The results of a pilot study has shown a demonstrable improvement in the well-being of students and found that “students in classrooms with plants had statistically fewer disciplinary incidents, performed better on standardized tests, and reported less stress, greater comfort, fresher air, and improved concentration.” Currently the Kaufman lab, in collaboration with the Hawaii Department of Agriculture, is advocating that every classroom in schools in Hawaii have a minimum of one plant.

Each spring when we visit garden centres, we have our own criteria for whatever plants we purchase but every plant variety laid out before us has any number of people behind its production from breeders and researchers to field workers, nurserymen and nurserywomen, shippers and marketers. The backstory is fascinating. 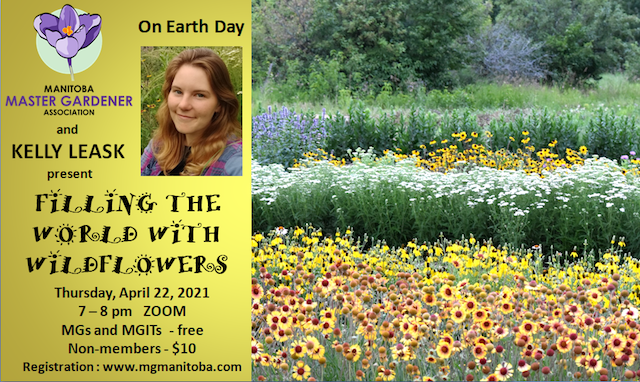 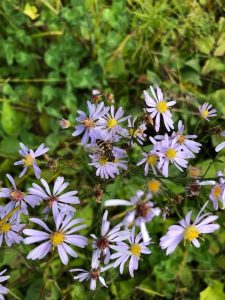 Recent headlines about global insect declines and three billion fewer birds in North America are a bleak reality check about how ineffective our current landscape designs have been at sustaining the plants and animals that sustain us. …
END_OF_DOCUMENT_TOKEN_TO_BE_REPLACED
View Calendar 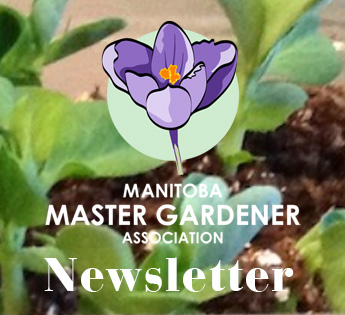