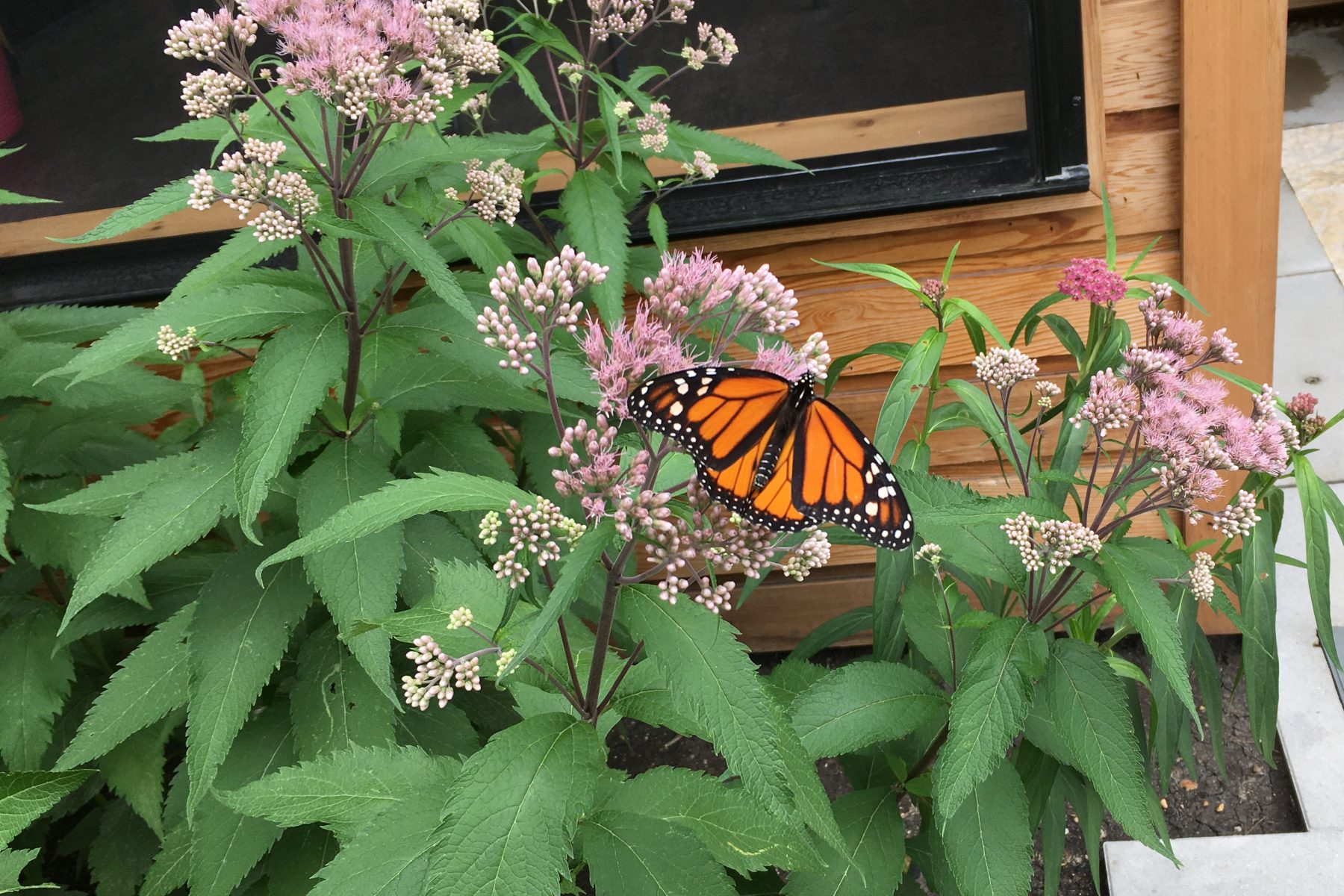 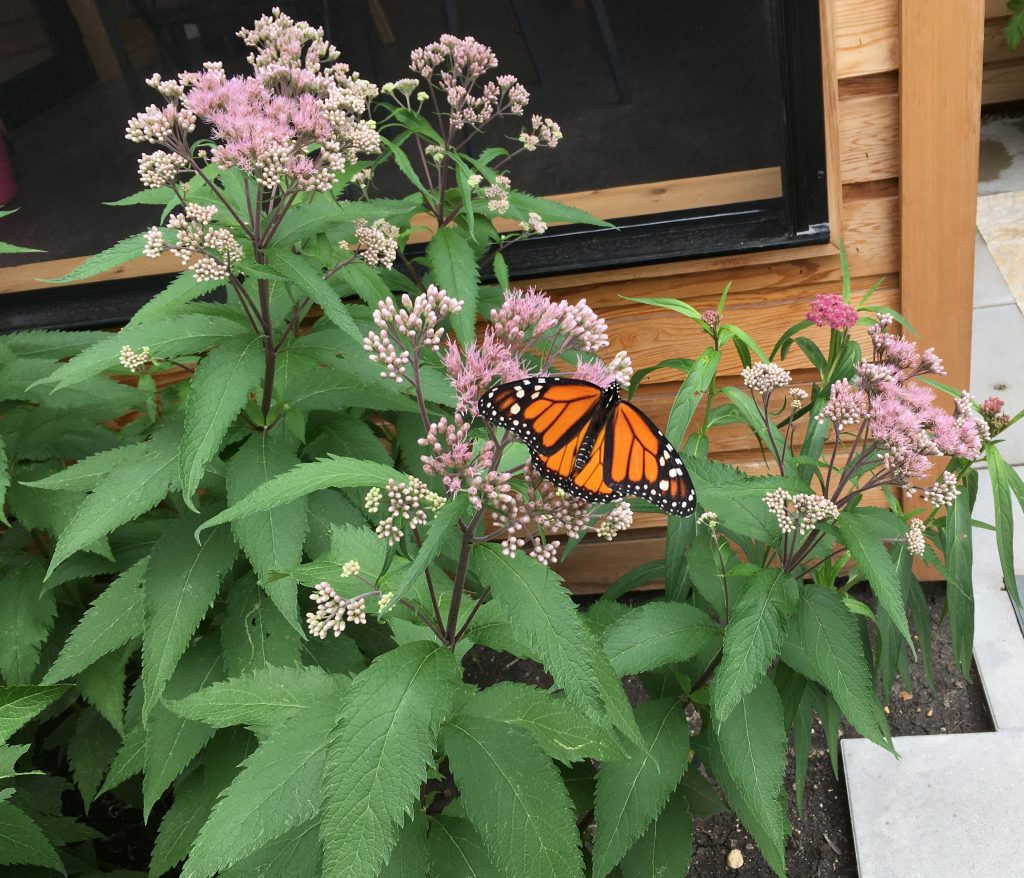 Anne Marie Van Nest is a GAREDENCOMM Past President, Fellow and member of the Sustainability Committee. She is a freelance garden writer and copy editor. When away from the computer she can be found working and talking about sustainability in greenhouses and gardens in the Niagara Falls, Ontario Canada area.

Anne Marie Van Nest’s article first appeared in On the QT, May-June 2020, the newsletter of GARDENCOMM, Garden Communicators International (formerly Garden Writers Association). It is reposted here with the generous permission of the author and Jo Ellen Myers Sharp, President, GARDENCOMM and Editor of On the QT.

There has been so much interest in the plight of the monarch butterflies in recent years with a great deal of information online that has been widely circulated. I wanted to share some fascinating new info about monarchs.

BUTTERFLIES USE SIGHT TO FIND THEIR FOOD
Sustainability Committee member Karen Bussolini attended the 2019 University of Connecticut Native Plants and Pollinators Conference and was intrigued by research findings from Adam Baker of the University of Kentucky. “Butterflies use visual cues. Gardens need to have open access on the north-south axis and simple visuals, such as single, isolated plants surrounded by mulch or delineating the perimeter, instead of plants mingled together,” Karen said. Butterflies need to identify plant shapes and leaf forms.

ASCLEPIAS CULTIVARS VS. SPECIES
Another nugget from Baker’s research that caught Karen’s attention was “Asclepias cultivars are just as attractive as straight species to egg-laying females.”But some milkweeds, like Asclepias syriaca (common milkweed) and A. incarnata (swamp milkweed) are used by monarchs more than A. tuberosa (butterfly weed). 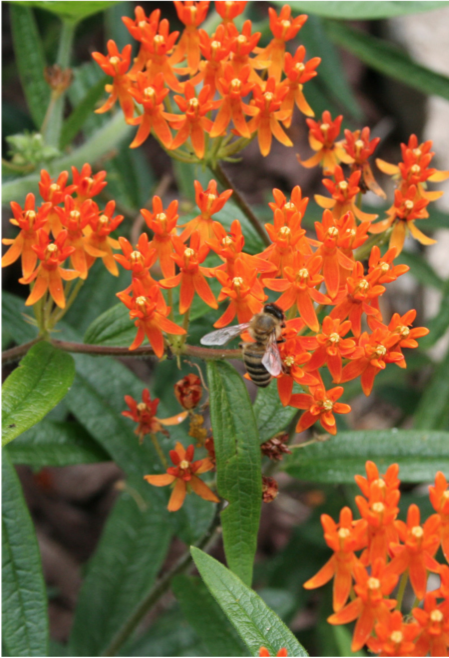 BUTTERFLY HOUSES BECOME A DANGEROUS ECOLOGICAL TRAP
Baker’s research also showed that eight out of 10 butterfly houses he surveyed housed European paper wasps (Polistes dominula), which are a huge problem, especially in urban areas. A nest can have up to 12 wasp queens, which are caterpillar predators. “Since the monarch caterpillars have toxic chemicals in their digestive system, the wasps gut them, leaving the guts on the plant and flying off with the tasty flesh. So, here’s an example of good intentions (butterfly houses) gone wrong,” Baker said.

MONARCHS RAISED IN CAPTIVITY MAY NOT MIGRATE TO MEXICO
A researcher at the University of Chicago found that monarch butterflies raised indoors as caterpillars don’t head south towards Mexico when they emerge from their chrysalises. Ayse Tenger-Trolander said that wild-caught monarchs raised indoors as caterpillars didn’t fly south as adults in the fall even if they were exposed to cooler temperatures and shorter days. “Clearly those (cues) were not enough to convince them it was time to go to Mexico,” she said. Her research also found that monarch butterflies bred by commercial breeders, which are often bought by schools or for mass butterfly release events, might not have the instinct or ability to fly to Mexico at all. 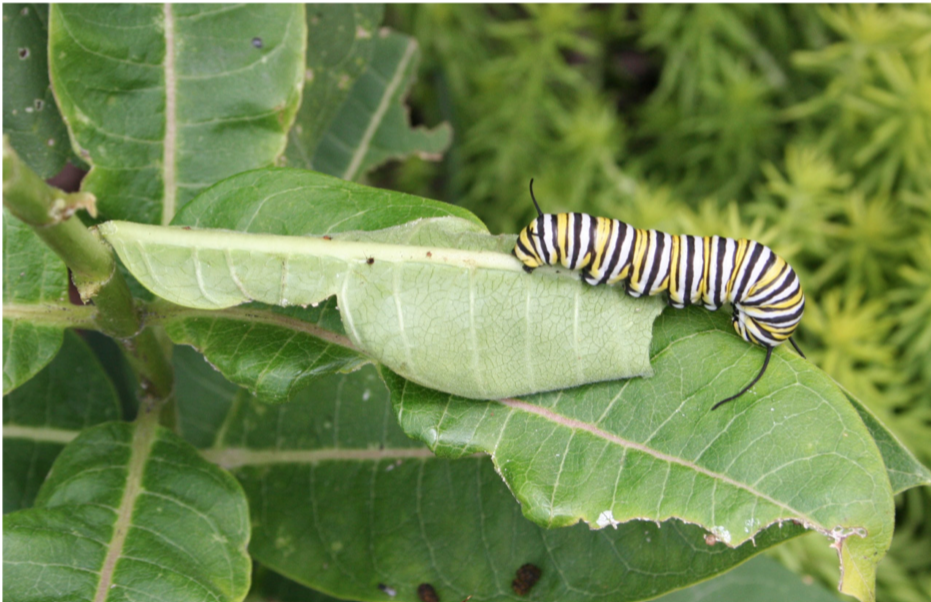 CUT DOWN SOME OF YOUR MILKWEED IN LATE SUMMER
New research by Nate Haan of Michigan State University recommends that monarch lovers should consider chopping down at least some of their milkweed plants later in the summer. “From a monarch’s perspective, they need milkweed, but not all milkweed stems are equal,” he said. “When they are flying around looking for the best places to lay their eggs, they are seeking out younger, more tender stems that haven’t flowered yet. As summer progresses, those stems get more and more hardened.” Haan’s research found that mowing one- third of milkweed patches in June and another one-third in July resulted in more monarch butterfly eggs being laid on the regenerating milkweed than on the tougher, undisturbed third of milkweed plants. “Milkweed is really robust,” he said. “If you chop some down in the middle of summer, in a couple of weeks it will send up new shoots.”

MORE OVERWINTERING MONARCHS IN MEXICO BORN OUTSIDE THE MIDWEST
Tyler Flockhart of the University of Guelph has pinpointed the North American birthplaces of migratory monarch butterflies that overwinter in Mexico — vital information that will help conserve the dwindling species. A large percentage of monarchs migrated to Mexico from the American Midwest, but the biologist was surprised to find that the insects’ origins were spread fairly evenly throughout Canada and the United States. “We expected the vast majority of monarch butterflies to be found in the Midwestern states,” said Flockhart. “However, just 38% come from that part of the U.S.A. If we just focus conservation activities on this area, this research shows we will be missing a large number of butterflies born elsewhere in North America.” 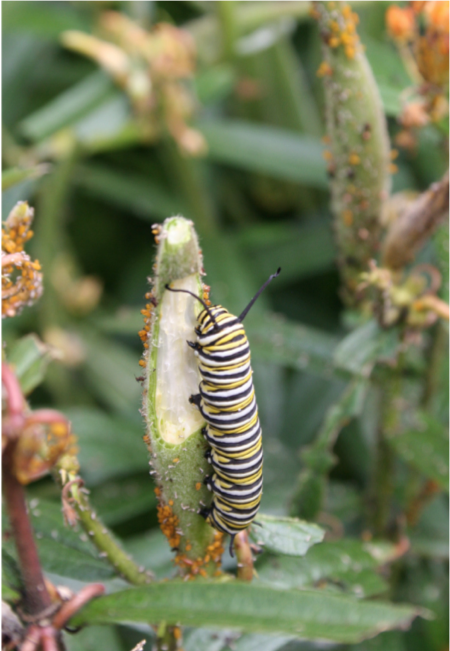 IS TROPICAL MILKWEED KILLING MONARCHS?
Karen Oberhauser of the University of Minnesota said, “When tropical milkweed (Asclepias curassavica) is planted in the coastal southern U.S. and California, these plants continue to flower and produce new leaves throughout the fall and winter, except during rare freeze events. The potential negative effects on monarchs include:
• Continuous breeding on the same plants, which can lead to a build-up of a parasitic protozoa (Ophryocystis elektroscirrha) infection.
• Availability of milkweed when it is not naturally available, potentially impacting monarch breeding during the fall migration.
The solution is to grow tropical milkweed responsibly and cut it back late in the fall to avoid monarch migration tampering,” she said.

← What’s a Gardener to Do?
First Vegetable Garden – a Retrospective → 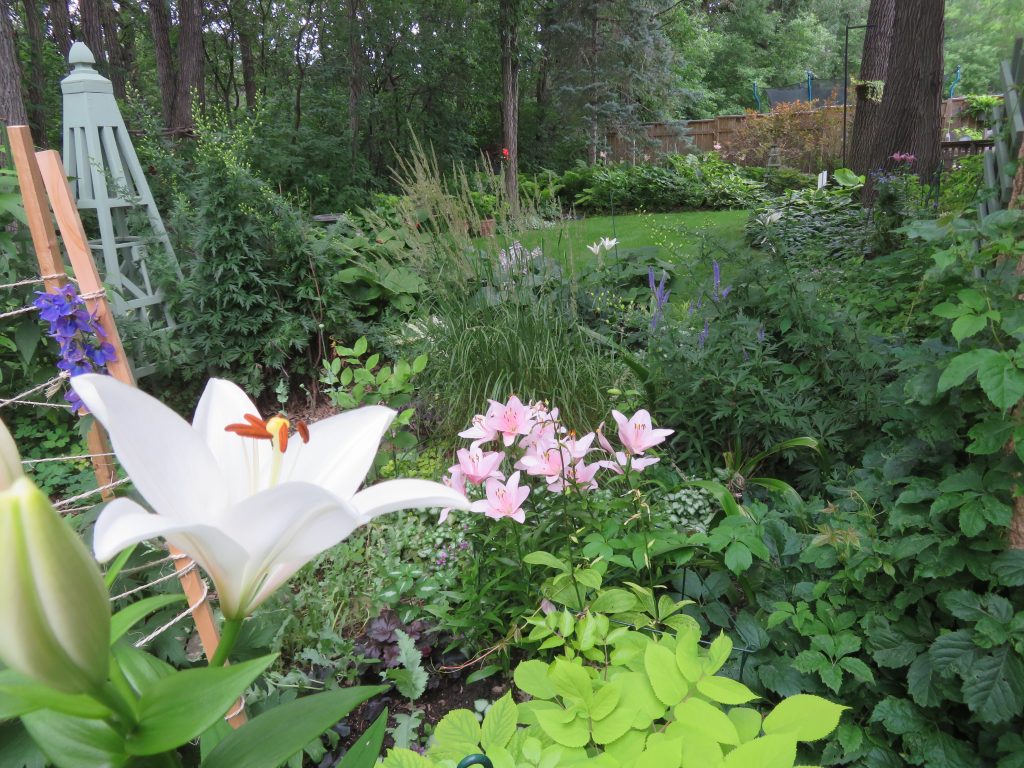 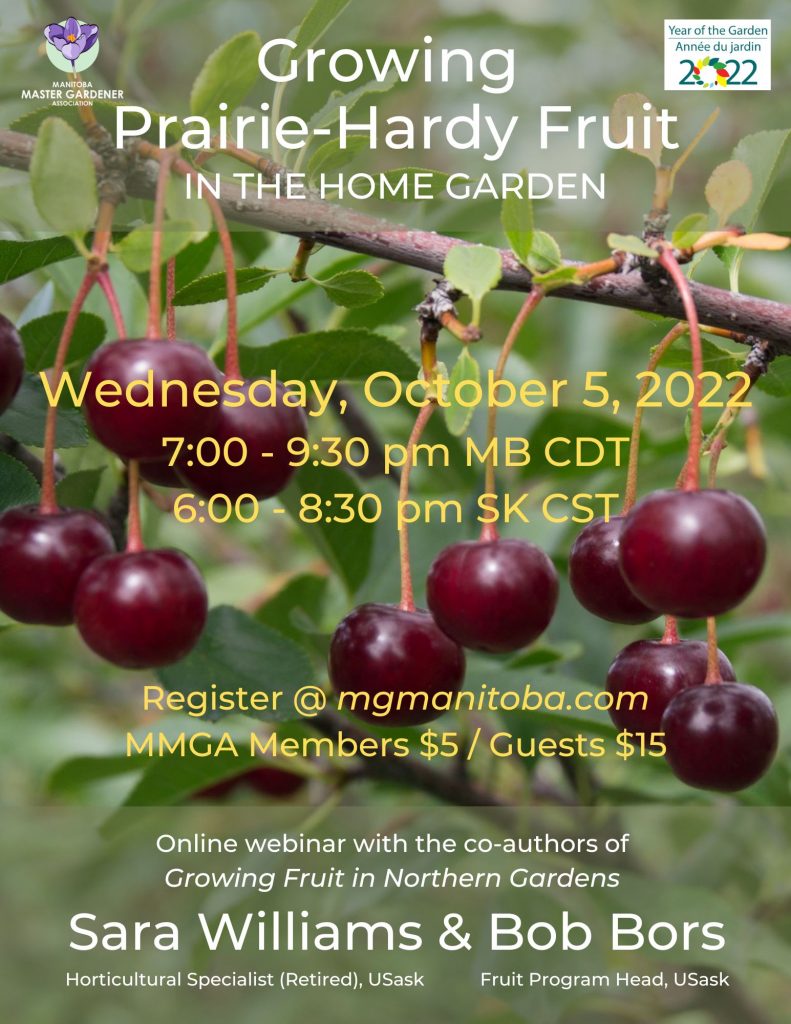 Join University of Saskatchewan fruit breeder Bob Bors and horticulturalist Sara Williams for an illustrated talk on hardy fruits that you can grow in your own garden. Learn about the latest introductions for the northern prairies like sour …
END_OF_DOCUMENT_TOKEN_TO_BE_REPLACED
Oct
28
Fri
12:00 pm Growing a Tea Garden @ Winnipeg Library Zoom
Growing a Tea Garden @ Winnipeg Library Zoom
Oct 28 @ 12:00 pm – 1:00 pm
If you like herbal teas, did you know that you can grow plants in your garden to make tea? This presentation with Master Gardener Florence Carey will cover common plants for the Manitoba tea garden, as well as …
END_OF_DOCUMENT_TOKEN_TO_BE_REPLACED
Jun
18
Sun
10:00 am IMGC2023 @ Overland Park, Kansas
IMGC2023 @ Overland Park, Kansas
Jun 18 @ 10:00 am – Jun 22 @ 4:00 pm 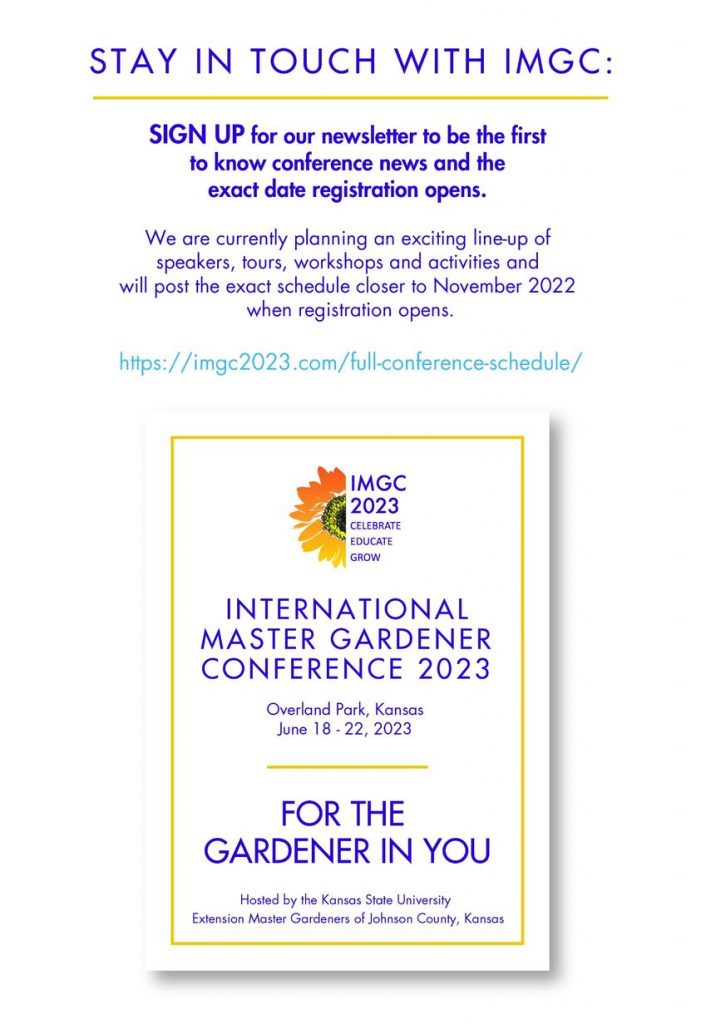 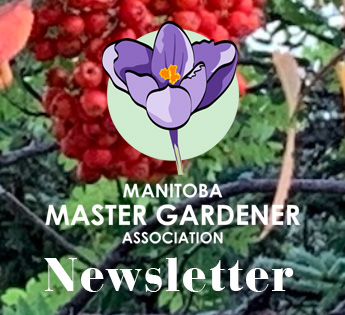