Why are we called “Master” Gardeners? 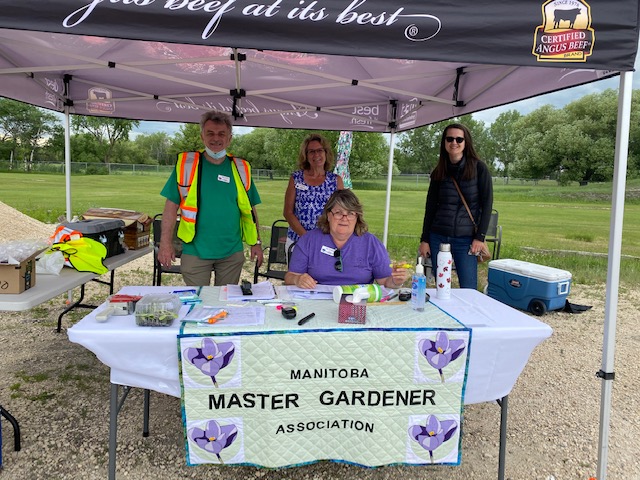 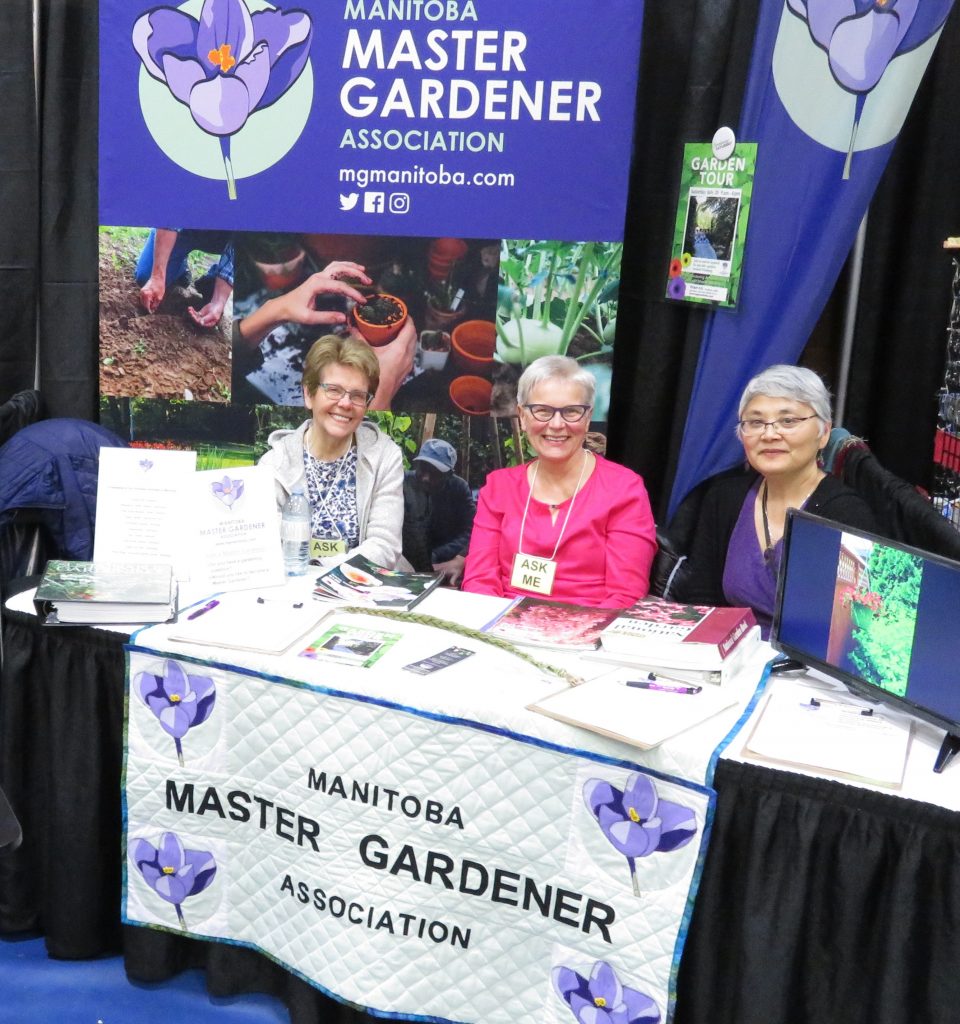 In July 2021, someone on the Facebook group Manitoba Gardening posted the question: “If you could ask a Master Gardener a question, what would you ask them?” One person responded quite negatively:

I would ask anyone who considers themselves “master” anything, why the heck their egos are so massive as to assume they know everything to do with a subject. … I have two “master” titles too. But I don’t use them. It’s too pretentious.

Some of us Master Gardeners patiently replied that we do receive training and also commit ourselves to volunteering and sharing our knowledge in the community. I explained that the term goes back to the 1970s, when the first Master Gardeners were called that by their trainers, extension faculty at Washington State University, in analogy to Gartenmeister or Gärtnermeister, German terms for the highest level in the gardening trade. It’s sort of like “master plumber” or “master electrician.”

The person who posted that aggressive reaction replied that they already knew all this. Whatever, I said to myself. But it got me thinking. I remembered that when I had first considered becoming a Master Gardener, I too was put off by the term. It did seem pretentious. To me, a “master” anything, whether it be in a trade or in a skill like a sport or hobby, was someone who had reached the pinnacle of achievement. Yet after completing the training program in 2016, at that time delivered by Assiniboine Community College as a “broker” for the University of Saskatchewan program, I felt I was still a long way from peak knowledge. And I didn’t want to claim to anyone that I had it. I knew I was still in learning mode, even as I am today. Isn’t that part of being a Master Gardener?

I still feel a disconnect between what we call ourselves and what we actually are. Obviously, other people feel it too. Thinking again about the history of the Master Gardener program, I wonder if it has to do with our typically Canadian attitude of self-deprecating modesty in contrast to other cultures’ attitudes towards titles.

When the extension horticulture professors David Gibby and Bill Scheer founded the Master Gardener program in 1973, they wanted to train volunteers to take over some of their advising work in the community. Both had studied in Germany, where the terms Gartenmeister (a trained person in charge of a garden) and Gärtnermeister or Gärtnermeisterin (master gardener) are neutral terms for people who have met some very specific training and apprenticeship criteria. They can also be titles of honour. For example, the fuchsia cultivar name ‘Gartenmeister Bonstedt’ recognizes Carl Bonstedt, its early 20th-century breeder.

Moreover, in the US, as in Germany, people are not nearly as shy as we are about using titles to announce their credentials. It’s easier than showing a diploma or certificate! And perhaps Gibby and Scheer thought they might be able to recruit more people into their training program if they offered them the “Master” designation. They must have believed it would be a true distinction to hold that title.

As the Manitoba Master Gardener Association transitions toward new ways of training its future members, I hope that our program will uphold the rigorous standards set by the program founders almost 50 years ago and by the University of Saskatchewan since 1989. Unfortunately, the MMGA does not have the support of a university horticulture department or extension. But perhaps some new way of offering up-to-date, science-based training will be found.

There are no national or international standards for the training. Nevertheless, regardless of location, it has always required real effort to become and remain a Master Gardener: study, an exam, and hours of gardening-related community service. That’s as it should be, and so our title should surely be a source of pride. On the other hand, it doesn’t hurt, in our Canadian cultural context, to remind folks that every Master Gardener is still learning.

(For the early history of the Master Gardener movement, visit:
mastergardener.wsu.edu/wp-content/uploads/2018/07/History-of-early-MG-Program-011618.pdf.) 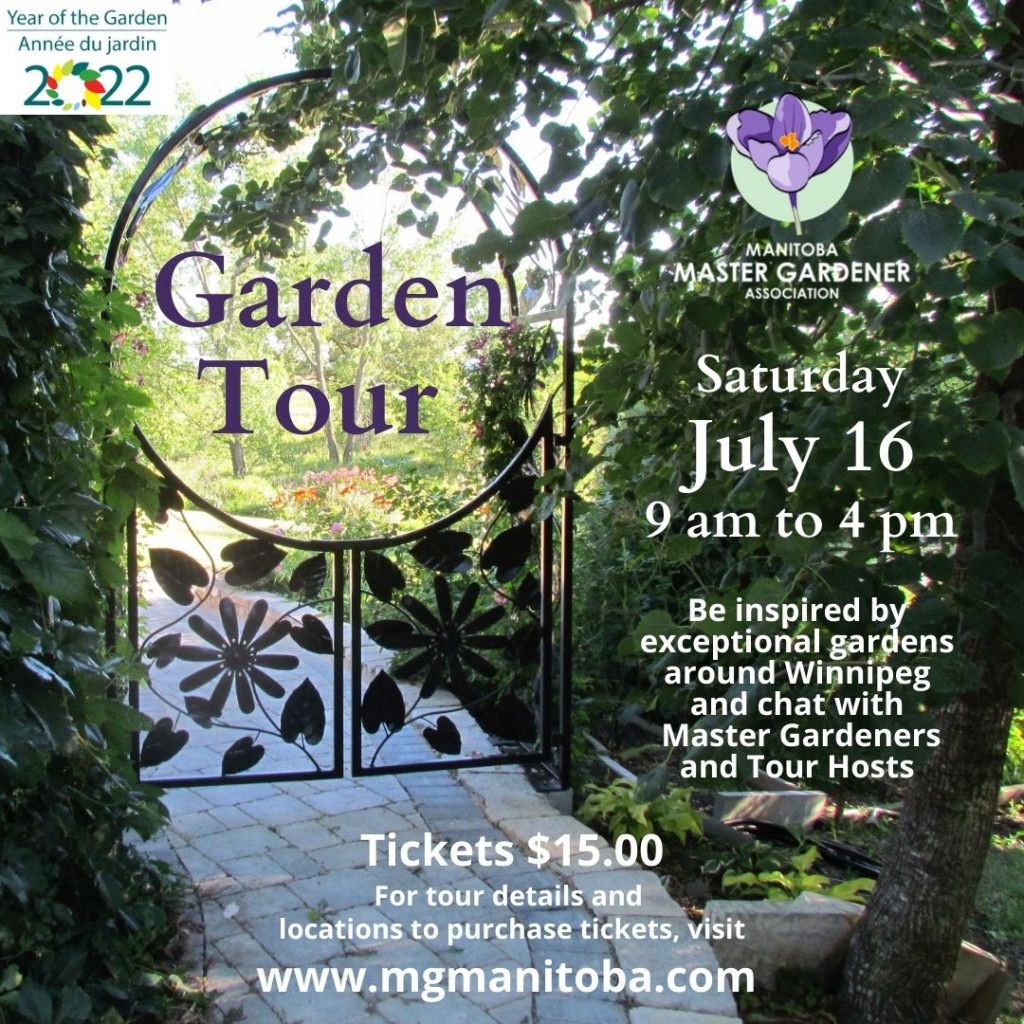 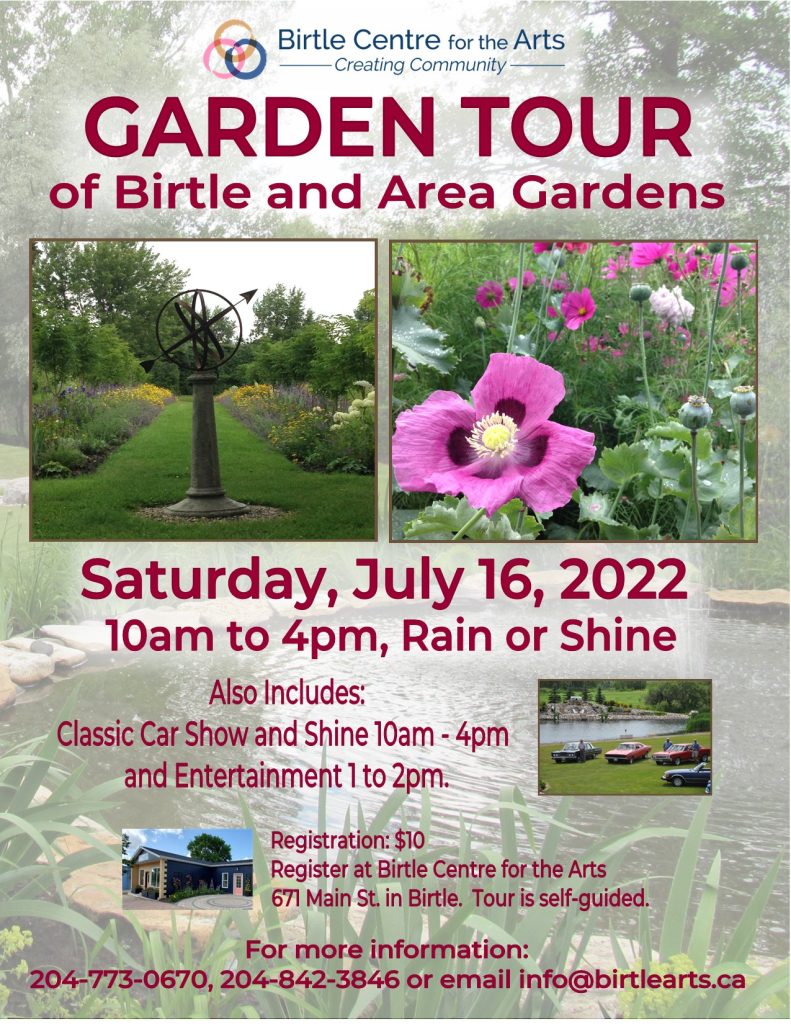 Birtle and Area Garden Tours are back!  This always popular event features several gardens including Val’s award winning garden.  Click here for a sneak peek of Val’s Garden.  This self guided tour takes place 10am to 4 pm Rain or …
END_OF_DOCUMENT_TOKEN_TO_BE_REPLACED
Sep
13
Tue
9:00 am Gardens of Normandy and Loire Va... @ Garden Tour
Gardens of Normandy and Loire Va... @ Garden Tour
Sep 13 @ 9:00 am – Sep 25 @ 10:00 am
Explore the gardens, agricultural landscapes, villages, towns and history of two of France’s most beautiful regions: Normandy and the Loire Valley. Beginning with Claude Monet’s garden in Giverny, we finish with the grand gardens of Versailles in Paris. …
END_OF_DOCUMENT_TOKEN_TO_BE_REPLACED
View Calendar 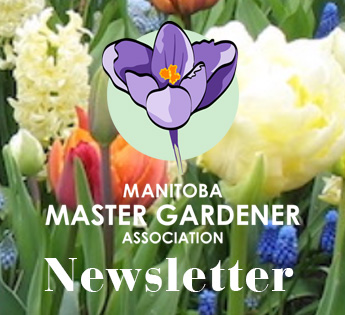