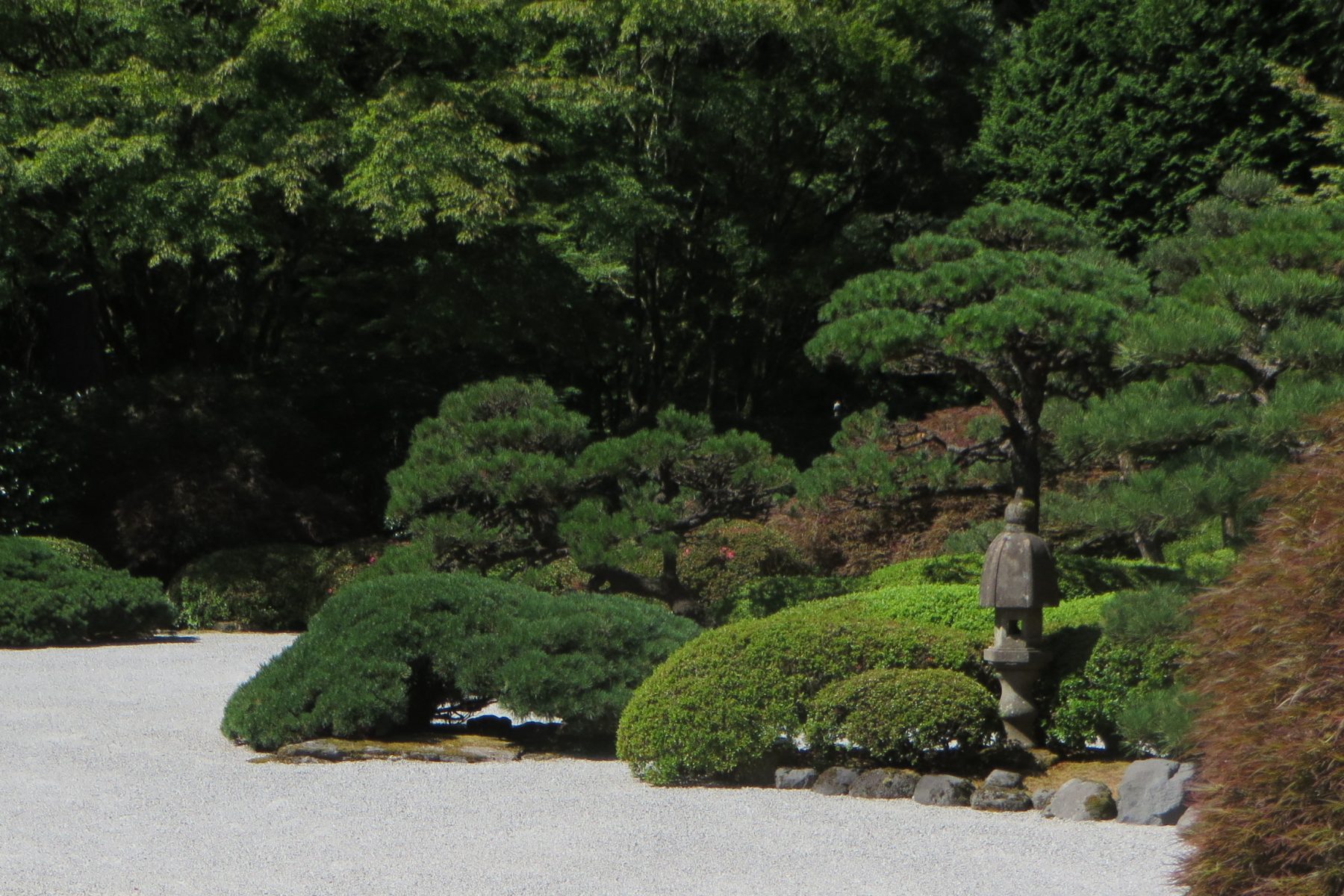 By now most of us are very comfortable with the basic three D’s of pruning: removing Dead, Diseased and Damaged branches and opening up shrubs and trees to let in more light to lower branches. In addition, spring- flowering shrubs (shrubs that bloom on the previous year’s growth) are pruned after flowering; summer-flowering shrubs (those that bloom on new wood) are typically pruned in early spring.

There are many other reasons and techniques to prune beyond plant health:
To control the size of the plant (better to buy the right size at first).
To encourage fruiting such as in fruit trees, berry bushes and grapes.
To get young shoots. Examples include willows – to use the soft springy canes for making baskets or dogwoods – to get young shoots which have the best cane colour.
Aesthetic reasons as a part of a garden design style, such as cloud pruning which is used in Japanese gardens.

Although flowering shrubs can be pruned in the usual way many, such as lilacs, can become large old tangled trees/shrubs. These can be pruned to resemble a large bunch of flowers by removing all the thin stems and side branches up to near the top of the tree/shrub which grows the flowers. The effect of the dark thick stems resemble stalks and the top growth, the flower head. Although these trees/shrubs are multi-stemmed, the same technique is applied when pruning to create a standard form (see paragraph below). 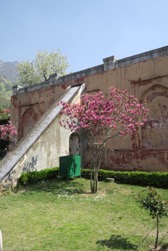 Pruning for better fruiting is commonly done for apple trees and the techniques are quite simple but pruning and training to create an espaliered tree is a very interesting way to make the tree fruit well in a small space and on occasion create a fence to a yard. You require a young tree which has flexible branches and supports (often wires) to guide the branches. In order to create horizontal branches a spreader is used to widen the crotch angle. In fact, the strongest crotch angle at 60 degrees from the vertical can create a fan-trained fruit tree. These are just two of many more espalier styles. 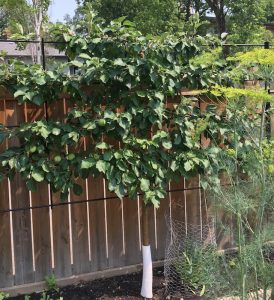 Other fruits that need specialty pruning are soft fruits such as raspberries and grapes.

Raspberries have canes that last for two years; the first year is the primocane and the second year is the floricane. Primocanes develop buds which will not bear fruit in the summer fruiting variety until the following year. However, everbearing varieties can produce a small crop on the primocane. The main fruiting will be on the floricanes (second year growth). At the end of winter you should cut out all the now- dead floricanes and of course any suckers that are growing out of the area you want. Also cut out spindly stems. Black raspberries (Rubus occidentalis) also need tip pruning in the summer to encourage side shoots.

Grape pruning is complex. The most important thing to know, in particular when pruning for fruit, is that the grapes are borne on new shoots that grow out from one year old stems. Of the many different ways to prune grapevines the one where two (semi-) permanent cordons (arms) are trained on a low horizontal support structure is best suited for our cold climate and to encourage fruiting. 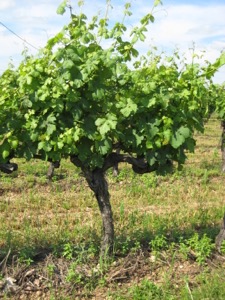 The creation of different types of hedges requires all sorts of pruning and training.

Hedges are used for the demarcation of property. In Manitoba, lilac and caragana make large and useful hedges but, more fashionable nowadays, are native hedges created by using native shrubs and trees which support more wildlife. However, these hedges are most often grown as informal hedges and not pruned into a typical hedge form.

When pruning a hedge in places with snowy winters it is usually recommended not to make the top flat but sloped to allow the heavy snow to slide off and not damage the hedge. This is particularly applicable to evergreen hedges. When pruning an evergreen hedge it is important not to cut too deeply as newer buds do not break from older wood.

In the UK the laid hedge is common in some country areas as it keeps animals in or out. It is created by training the elements of the hedge at an angle and then weaving each element into the next plant. This technique is called pleaching. 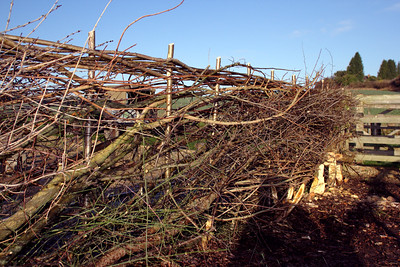 “Laid Hedge” by Adam Trickett, retrieved from flickr, licensed under CC BY-NC-SA 4.0 To view a copy of this license, visit:
https://creativecommons.org/licenses/by-nc-sa/4.0/

A lovely way of using the boxwood hedge was very common in Tudor times in the UK. It was the format of the knot garden where a little low carefully trimmed box hedge was planted in a geometric knot shape to surround the garden flowers. Nowadays many of these ancient hedges are being lost as they are infected by many things but importantly boxwood blight, a leaf miner insect and boxtree moth. 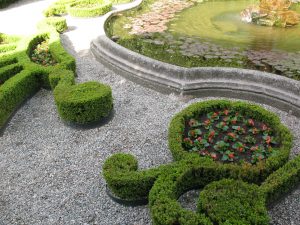 Pollarding, used in a great many European cities, is a way to keep a tree from becoming too big. It involves removing the leader at the height that you want the tree and allowing only the branches that grow from that height. It should only be done to young trees. 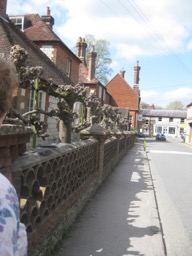 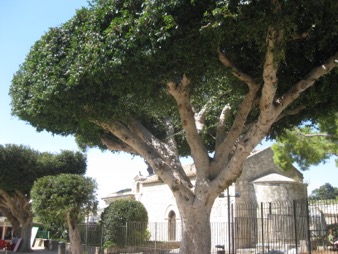 Coppicing is the same action as pollarding but instead of cutting the tree high up, in coppicing you cut near the ground. This allows the tree to create new shoots from its base; as mentioned, this is commonly done to willows or to red dogwood (Cornus sericea) to have the bright new young shoots. 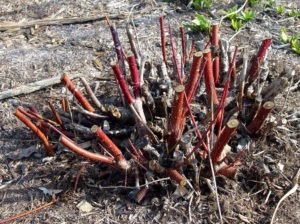 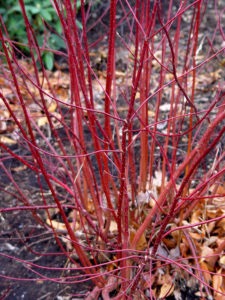 Arches and arbors are developed from trained plants. Commonly in milder climates climbing roses are used, but I have seen very nice arbors created from amelanchier (Saskatoon). 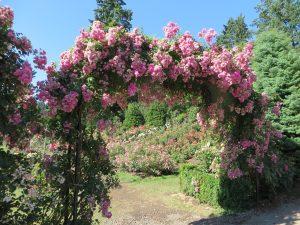 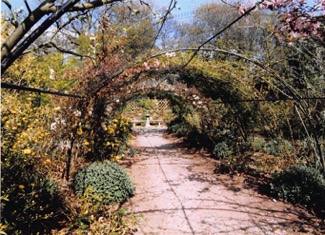 Many different types of plants can be used to create ‘Standards’ which are tree- like forms of the plant with a 4 foot stem which then branches out with top growth. In the Manitoba climate most of these will need to be taken in for the winter but a few shrubs will manage the cold. The main pruning technique here is to remove all side shoots and let the leader grow as tall as desired then allow it to break with side shoots creating the lovely top. 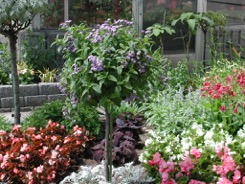 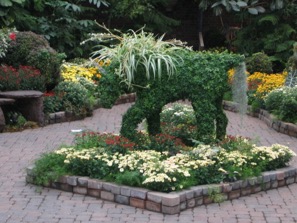 We have all seen pictures of topiary and some people here in Manitoba have created some lovely topiary. Any bush that will cope with quite severe pruning will be able to be turned into a shape; many people use a wire form to cut to but others feel that they want to create a shape naturally. In Japan there is a very specialist type of pruning called cloud pruning and it can be created with our evergreens here. Pine is particularly useful.

This is a short introduction to different pruning techniques and how they can be applied.
For further reading we recommend:

– Pruning and Training, what, when and how to prune, Christopher Brickell and David Joyce, DK, 2017 ( formerly published under the title The Cavendish Encyclopedia of Training and Pruning )