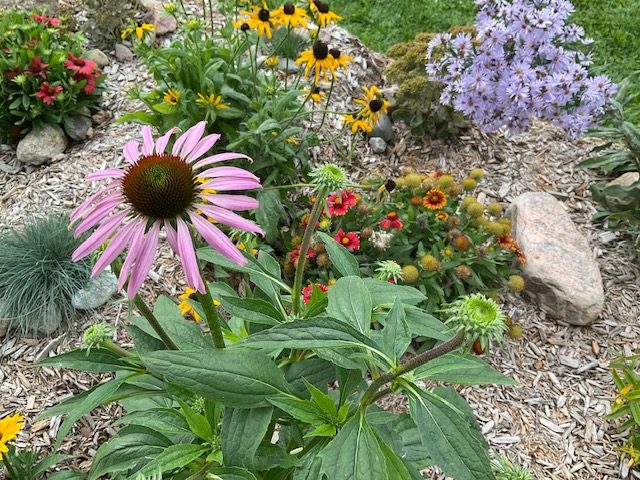 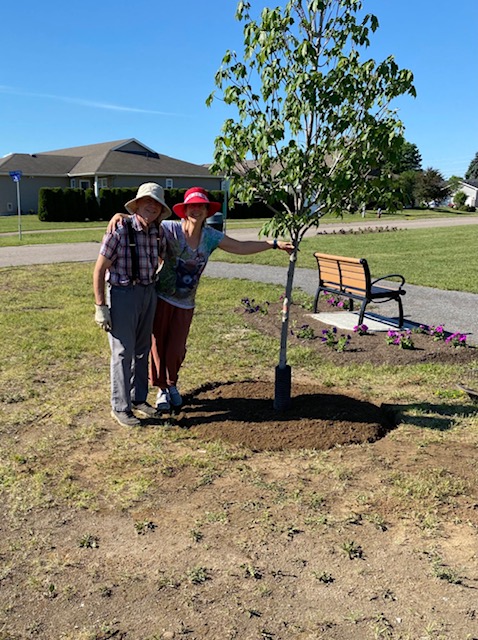 My Park Beautification Project was presented and accepted early this year by the town of Renfrew, Ontario. This large park is situated in a relatively new housing development; it has been resting there, covered in turf, for approximately 7 years. In 2020, four benches, four trees and a gravel path were added by the town.

What I proposed to the Renfrew Park and Recreation department officials was simply the beautification of the park. I explained that I am a Master Gardener, was trained in Manitoba, and belong to the Manitoba Master Gardener Association. I explained what my vision was and wondered if they would be interested?

I wanted to add flowerbeds around the four benches, with instant burst of colours which would greatly enhance the park. It would be interesting to build butterfly and hummingbird beds. In addition, I would like to add many other flower beds, mixing annuals and perennials, as well as trees and shrubs. 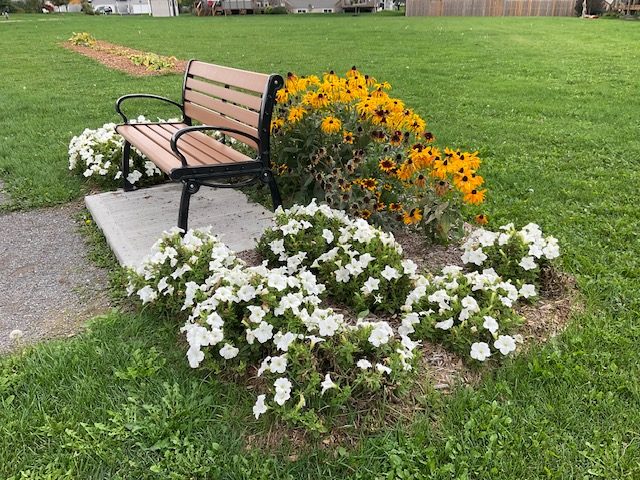 By the end of my meeting with the department officials I was given permission to go ahead with their full support. They said they may have volunteers to help if needed.
Series of communications followed with a more specific plan, the list of material and plants needed for 2021. The town did not ask for a budget.

Soon after we spray painted the contour of the beds on the park ground. The city sent a few workers and equipment to help me with the grass removal which was very helpful.

The first digging was around the four benches. First, we removed the grass/weeds and then added an adequate amount of good soil. These beds were to be covered with petunias to which later I added sunflowers and/or coneflowers that I started at my property or in my greenhouse. 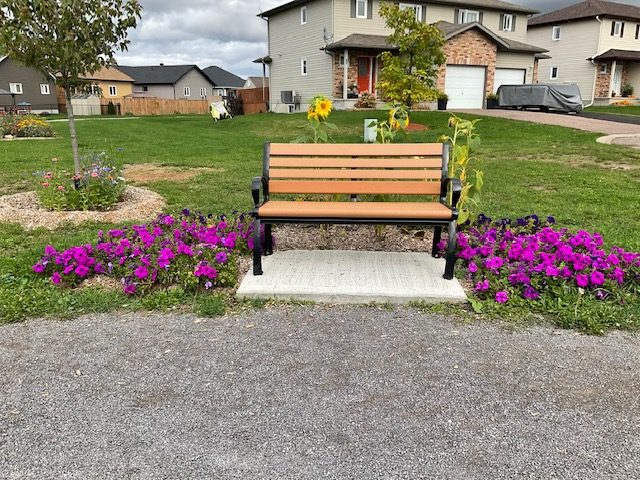 The next task was digging the butterfly beds. The two butterfly beds were dug deeper, before adding a thick coat (12 to 14 inches) of good soil and planting perennials and annuals and a final top coat of (8 inch to 10 inch) cedar mulch. At first it was designed with two separate wings, but change was made as this would be an added difficulty for the park ground maintenance crew. It made sense to unite the wings in the middle, so quickly I covered over that part with cardboard and again added extra soil to form a middle-raised section (one foot higher) and added a thick coat of cedar mulch. Maintenance-wise this bed will have fewer weeds coming up during the summer. 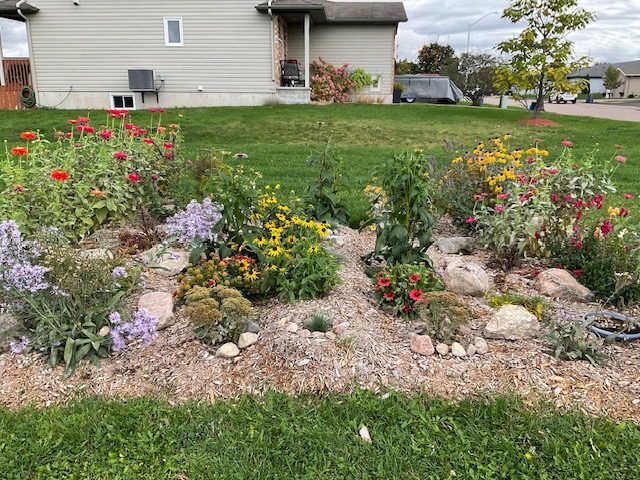 The next bed was the road bed. This is a large bed of colourful petunias with a row of sedum at the back.

By the end of August, I had 8 hostas left from re-landscaping my property. I made the decision to give them to the park; they were originally planted in the front south- facing part of my property by the previous owners. Since they were doing well in the sun, I decided to move them along a walkway at the park. This bed is to be dug in 2022. I didn’t have soil left or the help or energy at this time for this bed so I didn’t remove the grass; instead, as a temporary measure, I added cardboard after planting the hostas directly into the soil followed by a three-inch cover of leftover cedar mulch that needed to be moved from its location. This looks great. I do not project adding plant material to this bed, but I may change my mind. 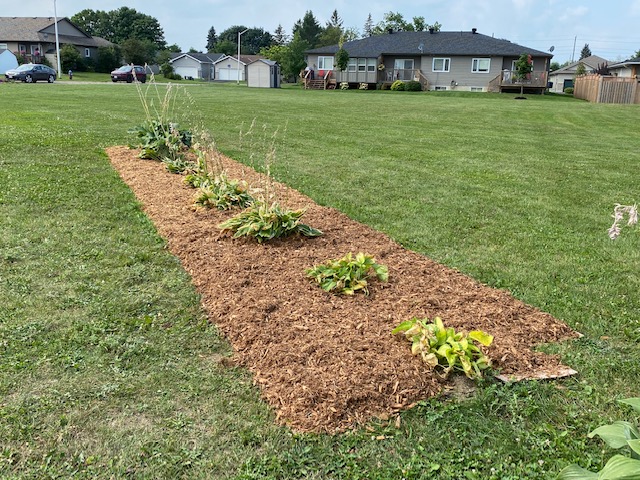 The garden is becoming an oasis for a lot of the neighbours; there are more visitors coming through and a lot of questions and conversations. This is a joyous experience; I am in my element. The neighbours are happy with what they see and not only let me know but also reported the same to the Park and Recreation co-ordinator.

Each year I will be adding more beds or shrubs or trees. The butterfly section will be made up of three or more beds. The street bed which is about 15 feet wide X 7.5 feet deep this year will double each year until it covers the entire length of this side of the park.

The new plantings were watered by the city at the beginning of the season and later when their schedule permitted. I also spot watered as needed.

The city offered volunteers to help with the work. But I didn’t have to take up their offer. Everything was quite manageable, I did most of the work myself. I received help from my husband and one neighbour with two extra projects: first, digging proper rings and mulching around the four trees, and second, I received help digging and planting the hostas, then moving and spreading mulch over to the bed.

Three more beds will be added to the west side of the park and two more on the east side. I will experiment with building a willow house or a willow tunnel for the kids to enjoy. Signs will eventually be added to explain the purpose of certain beds and plants. This is the plan over the next four years.

Naturally if all goes well this won’t just stop here. Ideas abound. Eventually I would like to add beds all around the circumference of the park, alternating perennial and annual beds, possibly showing perennials from each province and territory. 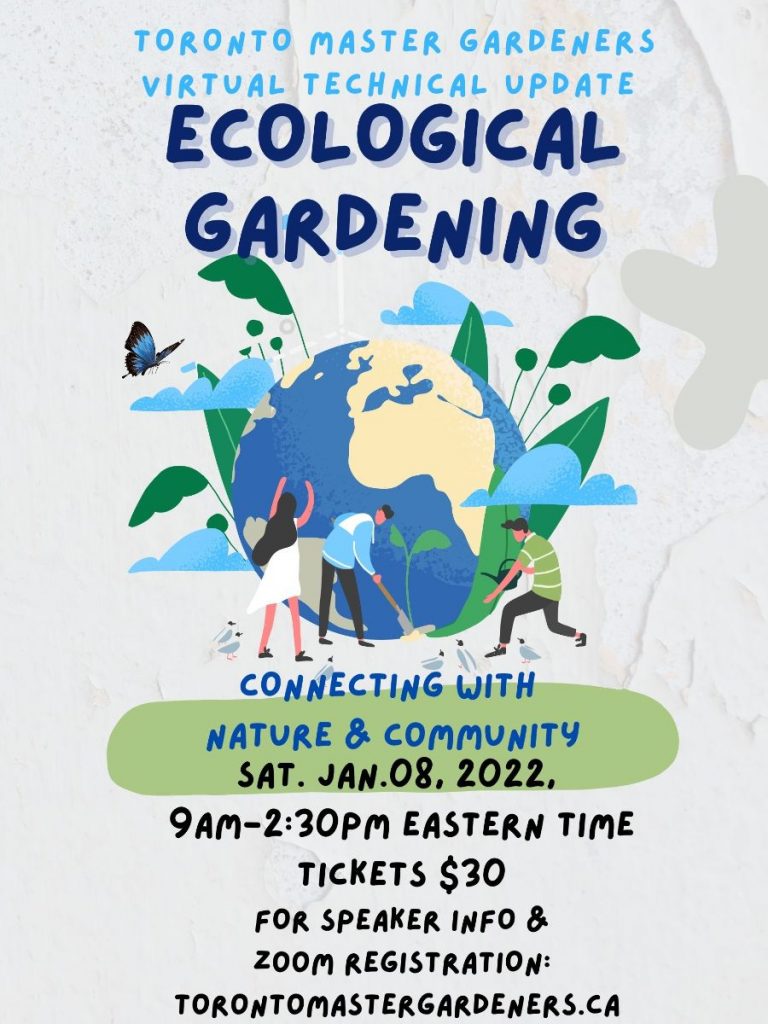 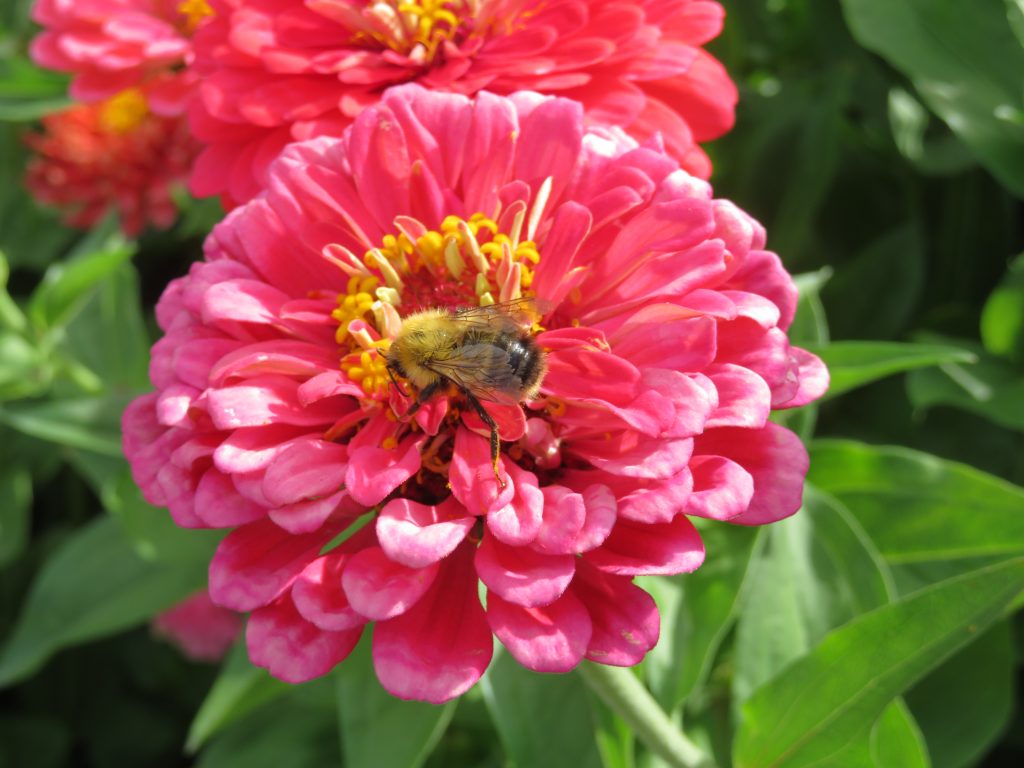 Presenter, Linda Dietrick, PNGG member, Master Gardener, and former editor of The Prairie Garden, including the 2020 issue, Inspired by Nature, will be our guest speaker for our final meeting in January. Popular projects like Douglas Tallamy’s Homegrown …
END_OF_DOCUMENT_TOKEN_TO_BE_REPLACED
View Calendar 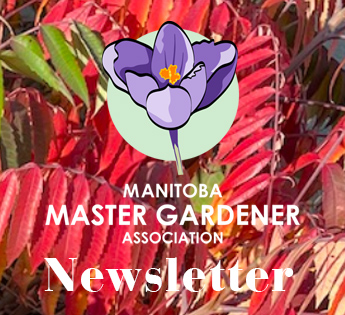